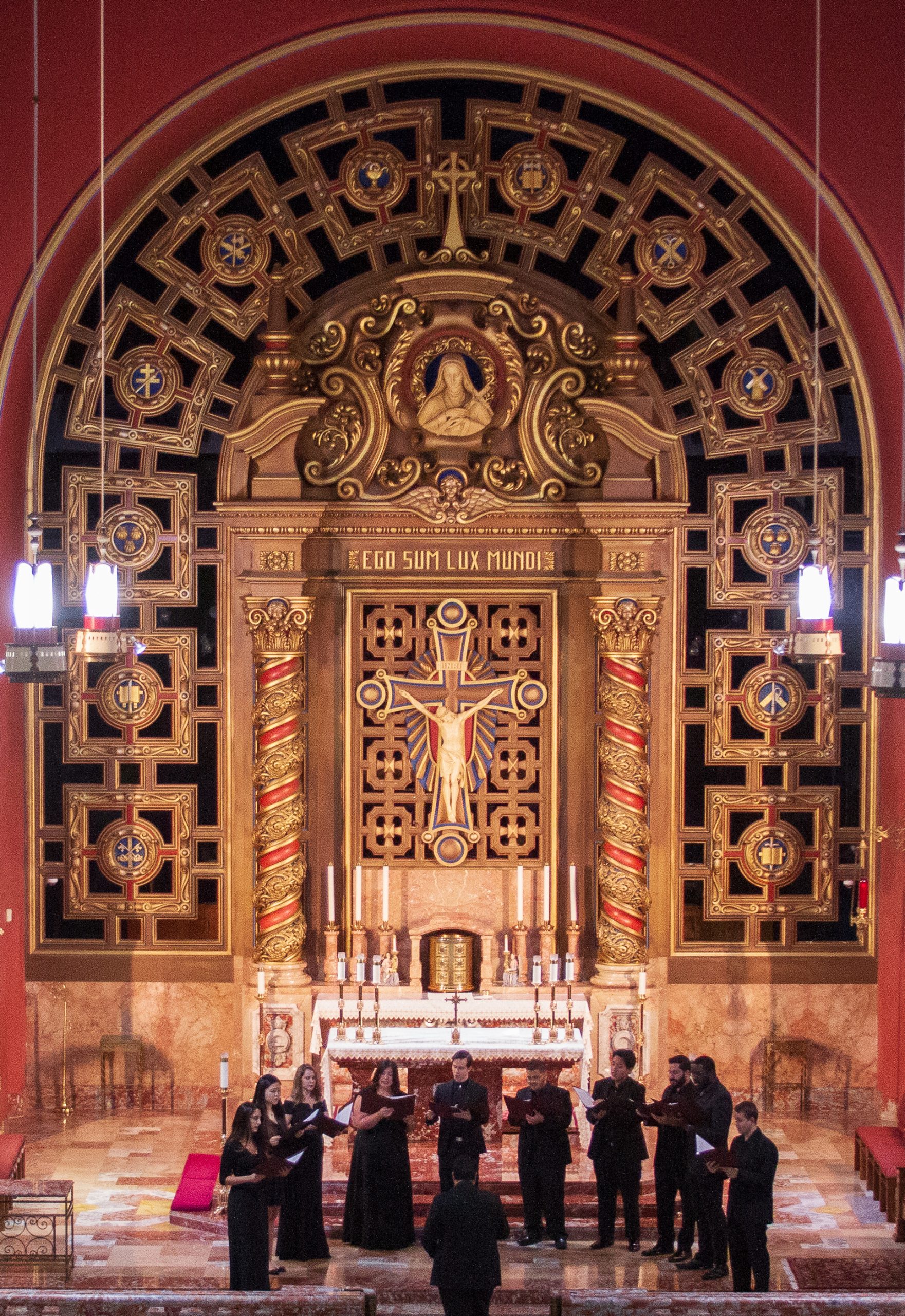 Within a serene candle-lit setting, the hustle and bustle of the holiday season will quiet and the a capella voices of Seraphic Fire will fill the room with musical peace and joy. Enjoy familiar favorites such as the hauntingly simple, yet lush Jesus Christ the Apple Tree and the enchanting Silent Night, and come away cherishing a newly discovered gem. Associate Conductor James K. Bass and the ensemble are pleased to present seasonal carols and heart-warming music in the 20th season of A Seraphic Fire Christmas.

Joyous arrivals and awe-inspiring departures feature in the closing concert of Seraphic Fire’s third annual Enlightenment Festival. Selections from Johann Sebastian Bach’s Christmas Oratorio portray an expectant mother preparing for a child’s arrival and the Magi searching for that child. The Ascension Oratorio is particularly thrilling with spectacular opening and closing trumpets, its coloratura passages, and equally challenging chorale. Chamber orchestra and students from the UCLA Ensemble Artist Program join Seraphic Fire singers to perform two of Bach’s great works in a burst of sonic glory in this arresting program.

To honor the conclusion of our 20th Anniversary season, Seraphic Fire celebrates with a program containing both the oldest and newest pieces in our repertoire. William Billing’s Invocation was the first work performed by Seraphic Fire, and the first line of this American hymn—“Majestic God, our Muse inspire, and fill us with Seraphic fire”—is the source for the ensemble’s name. Shawn Crouch’s The Road From Hiroshima was the first piece of music commissioned and premiered by Seraphic Fire. Representing Seraphic Fire’s newest projects are three world premiere performances of works by Alvaro Bermudez, Sydney Guillaume, and Tawnie Olson. The ensemble’s first performance of Thomas Tallis’ massive 40-voice motet Spem in alium is the icing on the birthday cake in this celebration of 20 years of glorious music.